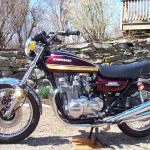 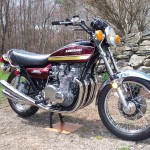 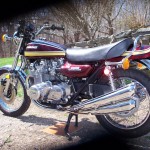 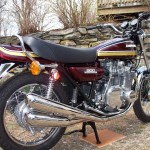 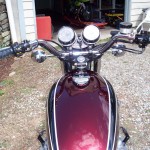 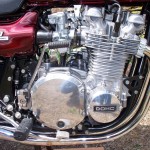 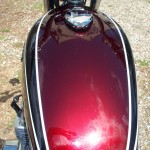 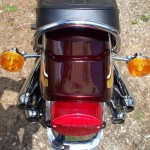 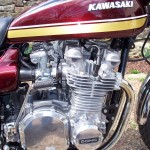 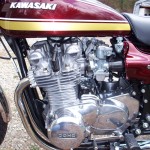 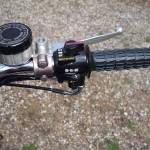 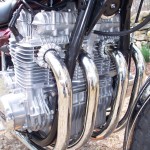 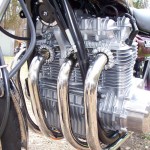 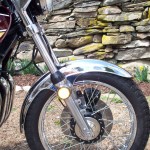 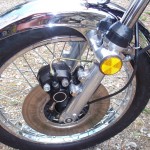 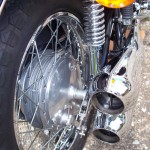 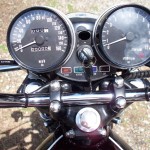 This bike was fully restored and rebuilt from the ground up.

The front forks were rebuilt with new seals, dust boots and fluid.

The gauges were professionally restored.

The handlebar switches were replaced with new items.

New handlebars and grips were used.

A new set of stock mirrors were sourced.

A new set of reproduction bodywork was fitted.

All of the emblems were replaced.

The gas cap and petcock were replaced.

The carburettors were rebuilt with all new fuel lines and filters.

The seat was replaced with a new item.

The front master cylinder and caliper were rebuilt with new pads and new brake lines.

The engine was completely rebuilt with a 2nd overbore piston kit.

A new cam chain was fitted the tensioner was replaced.

A stunning example of a restored Kawasaki Z1 Motorcycle.