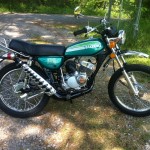 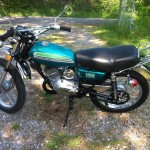 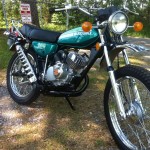 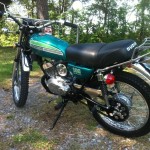 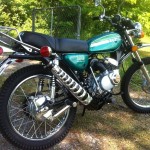 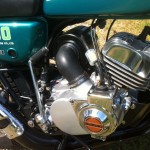 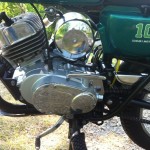 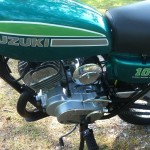 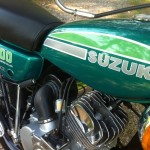 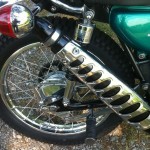 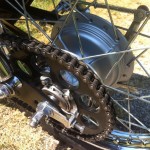 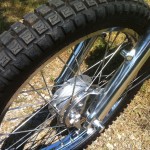 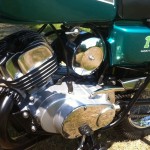 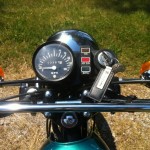 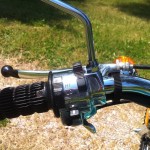 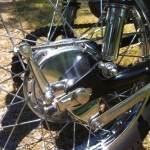 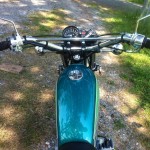 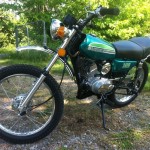 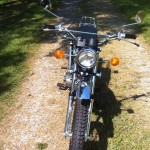 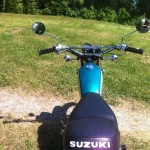 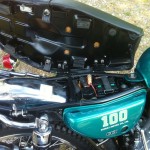 This bike was stripped down to the bare frame.

All of the black pieces were stripped down to bare metal, primed with self etching primer and then top coated with a semi gloss black.

The tank also was stripped down to bare metal and a few very small dings were repaired.

The tank and side covers were primed with self etching primer and painted in Metallic Green.

The exhaust was stripped to bare metal, primed with a high heat primer then painted with a 2000 degree header paint.

New tank and side cover graphics were installed.

Many of the aluminium parts were polished.

The engine was rebuilt and fitted with a new piston and rings.

New head and base gaskets were used.

The carburettor was rebuilt with an OEM kit including new gaskets and float assembly.

New wheel bearings and seals were installed front and rear.

New front and rear sprockets were used and a new D.I.D. chain was installed.

The petcock was cleaned out and rebuilt with an OEM kit.