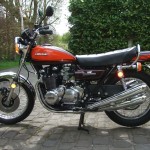 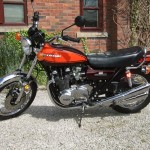 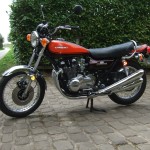 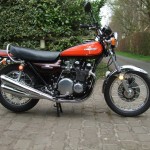 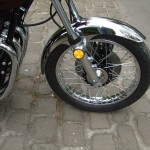 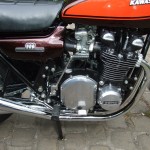 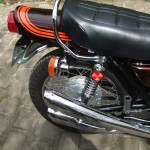 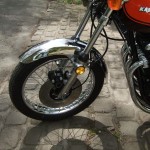 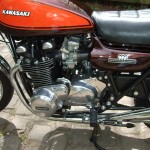 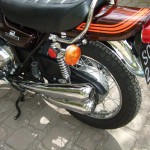 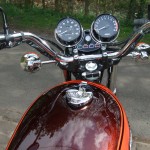 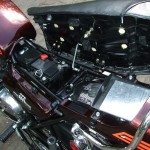 This bike was fully restored including the following :

The carburettors were fully cleaned and rebuilt.

A new old stock Kawasaki airbox was sourced and fitted.

The rectifier and regulator were replaced with new items.

New Kawasaki handlebars were fitted with new switches and grips.

A new grab rail was fitted.

The mudguards were replaced with new items.

The original wheel rims were re-chromed and rebuilt with new spokes.

The forks were rebuilt with new seals and the bottoms polished.

The tank and bodykit were painted in the correct candy brown/orange.

A new seat was used.

The Kawasaki tank and side panel badges were replaced.