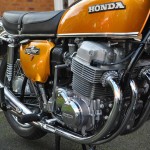 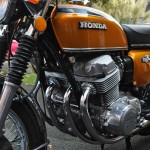 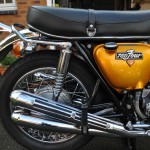 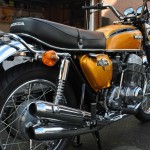 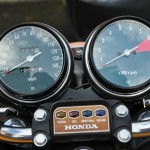 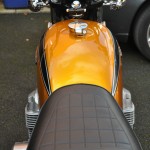 This motorcycle was carefully rebuilt over a two year period.

The engine was re-bored.

New pistons and rings were fitted.

The engine was aqua blasted and the cases were professionally repainted.

Most of the electrics were replaced with new items including:

Both LH and RH handlebar switches were replaced with new items.

Countless fasteners, gaskets and those little rubber parts that go crispy were all replaced.