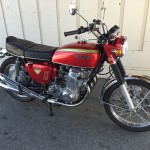 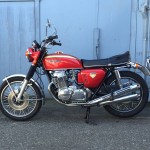 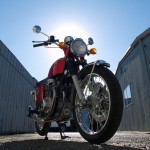 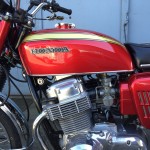 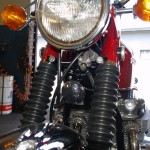 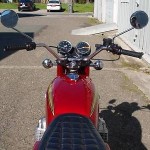 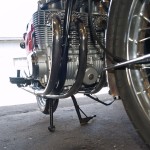 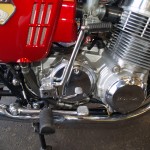 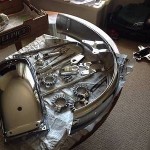 This Honda was restored by its owner.

The oil pump was rebuilt.

A new Honda cam chain and tensioner assembly was fitted.

The pistons were cleaned and new rings were fitted.

The engine was rebuilt with all new seals and gaskets.

The wheel bearings were replaced.

The frame was rebuilt with brass swing arm bushings and tapered steering bearings.

The wiring harness was replaced.

All of the black parts were painted with 90-percent gloss, no powder coat was used.

The rear shocks were replaced with new replicas.

The bolts were re-plated with clear zinc.

The carburettors were rebuilt and synchronised.