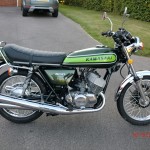 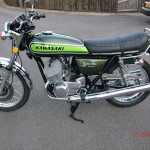 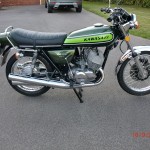 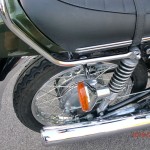 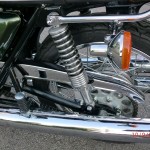 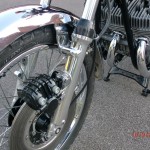 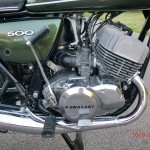 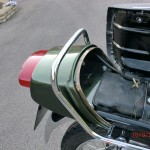 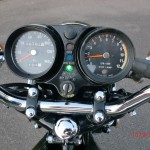 The bike was dismantled and the frame and swinging arm were powder coated.

The body work was professionally repainted.

The original Takasago wheel rims were re-chromed and rebuilt with new spokes.

The exhaust was re-chromed including the header brackets.

The crankshaft was rebuilt with new end seals.

The crankcases, barrels and heads were bead blasted.

The engine covers were lightly polished.

The carbs were ultra-sonic cleaned and rebuilt with various new needles and jets.

The forks were rebuilt with new stanchions, seals and dust seals.

The brakes were overhauled and rebuilt with a new piston and seals in the master cylinder.

All of the nuts, bolts and spindles were either re-chromed, re-zinced or replaced as required