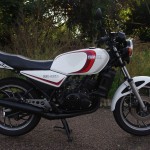 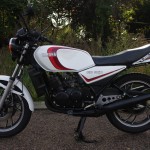 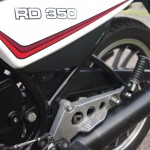 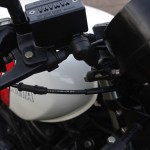 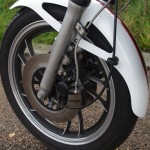 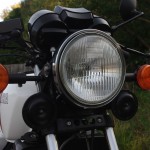 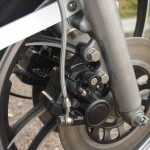 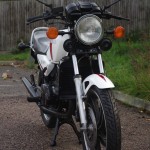 This LC has undergone a complete nut and bolt restoration and rebuild to Yamaha drawings.

The crankshaft was fully reconditioned and rebuilt.

The cylinder barrels were re-bored to 64.50mm and fitted with new Japanese Metaka pistons and rings.

Every oil seal, gasket and tab washer was renewed.

A new clutch release mechanism and pushrod was used.

All new bearings, bushes and seals were installed.

A new Hagon rear shock with adjustable spring pre-load and damping was fitted.

The stanchions were hard re-chromed and ground.

The wheels were fully overhauled and fitted with new bearings and seals.

The carburettors were rebuilt with new floats.

The brake master cylinder was overhauled with a new piston and seals.

The front callipers were overhauled with new pistons and seals.

All of the bodywork was re-painted and lacquered by Dream Machine in the correct colour and graphics for the registration year.