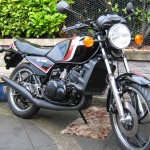 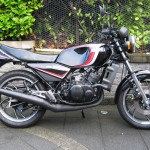 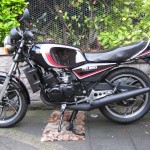 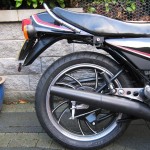 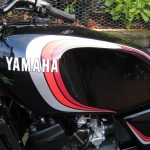 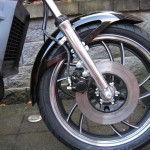 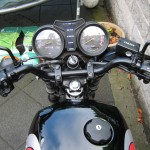 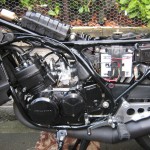 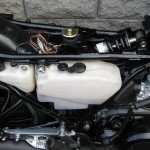 This barn find motorcycle was restored by its owner over a three year period.

The restoration involved a complete strip down, many parts were beyond repair, rusty or bent.

The forks lowers, footrest hangers and wheel rims were polished.

The fork stanchions were re-chromed.

The crank cases and the carbs were vapour blasted.

The motor had a full crank rebuild including replacement webs.

Both barrels were re-bored to 0.5mm oversize and fitted with new pistons, rings and small end bearings.

All bearings, gaskets and oil seals were replaced with genuine Yamaha parts.

Other genuine Yamaha parts used include;

Both brakes were overhauled with a new front hose, caliper piston seals and EBC pads.

The original fuel tank was replaced and professionally re-sprayed.