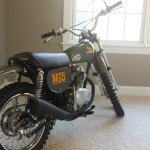 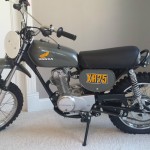 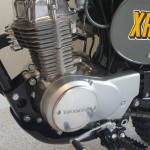 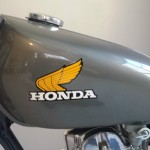 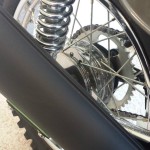 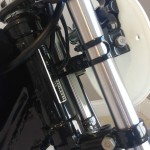 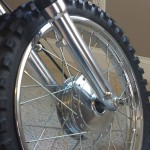 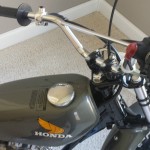 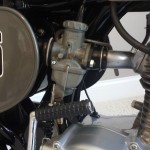 This little Honda was fully restored by its owner.

All of the black frame parts and the frame were sandblasted and powder coated in gloss black.

The engine cases were split to inspect all internal transmission parts.

The cases were cleaned and polished before being re-assembled.

The cylinder was honed and new rings were installed.

Both of the valves were replaced with new items.

The top and bottom timing gears and the timing chain was replaced.

Every nut, screw and bolt was replaced with new hardware from Honda.

The tank, fenders and the side panels were painted in the correct rubber grey paint and aftermarket Honda wings and xr75 decals were installed.

New spokes and wheel rims from Honda were fitted to polished hubs.

The forks were rebuilt with new seals and dust wipers.

The lower tubes were polished.

The seat pan was powder coated and a new seat foam and seat cover was professionally installed.

The original exhaust was sandblasted and the dings were filled before being painted in high heat flat black.