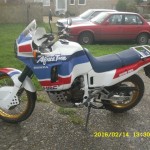 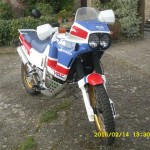 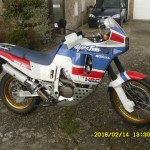 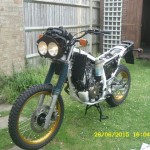 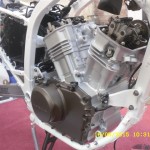 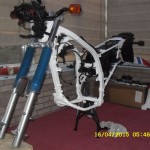 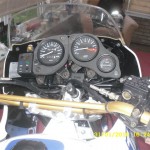 This bike spent most of its life in Italy and was imported into the UK in 2006.

It was purchased in January 2015 and fully restored by its current owner.

The wheels were rebuilt with new rims & spokes.

The frame was fitted with tapered steering head bearings.

The fairings were repaired and repainted.

The fuel tank was stripped and repainted.

The outer engines cases were painted with the exact match to the original Honda paint.

All of the other parts were cleaned, inspected and refurbished with new parts where needed.

I had the pleasure of seeing this bike in the flesh and meeting Laurie who spent hours rebuilding it, a truly stunning restoration!…. Well done.