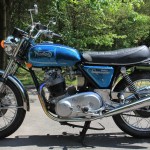 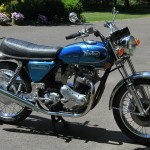 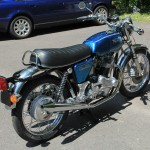 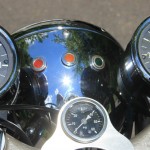 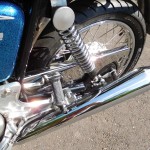 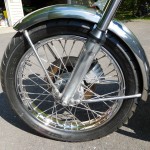 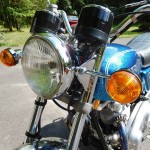 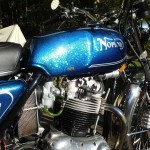 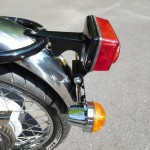 This Norton was restored in the USA by its owner.

The engine was reconditioned with new rings, bearings, seals and gaskets.

A new oil pump was fitted.

The carburettors were overhauled.

A new battery was installed.

The exhaust system was replaced.

The Isolastic engine mounts were converted to the later type.

The transmission was reconditioned with all new bearings, seals and gaskets.

The front forks were replaced.

The wheels were rebuilt with new rims and stainless spokes.

The headlight holder was replaced.

The footrest rubbers, handlebars and grips were replaced.

The Instrument gauges were reconditioned.

Stainless hardware was used throughout.