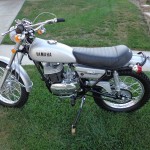 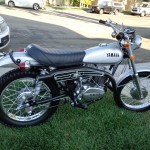 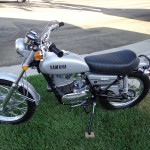 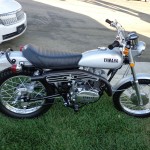 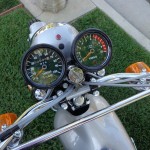 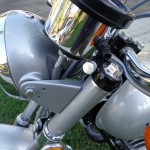 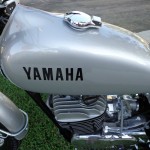 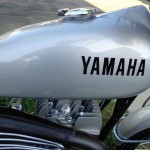 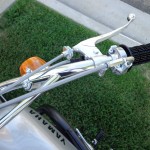 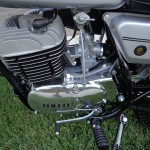 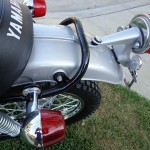 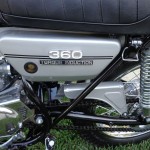 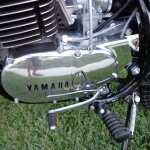 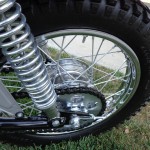 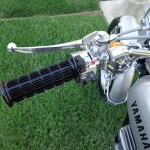 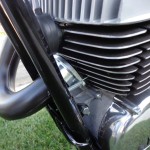 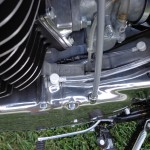 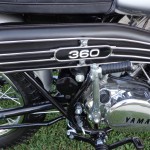 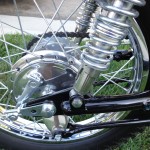 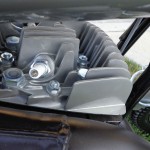 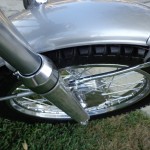 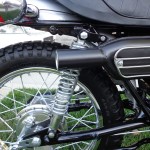 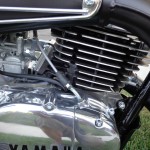 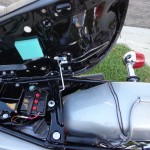 This Yamaha was professionally restored to the original specification..

The carburettor was cleaned and rebuilt.

The fenders, chain guard and the tail light bracket were painted the correct Yamaha silver.

The oil tank, fuel tank, headlamp ears and the headlamp bucket were soda blasted and repainted with the correct shade of grey silver.

All of the paint was clear coated 3 times.

The tool box, seat pan, air box, stand and skid plate were sandblasted and painted Yamaha black and then clear coated for protection.

The piston and rings were replaced.

The transmission was inspected.

All of the crankshaft and transmission bearings were replaced.

All of the nuts and bolts including the spokes were zinc plated.

The seat foam and the seat cover were replaced with high quality after market items.

The speedometer and tachometer were rebuilt.

All of the external engine seals were replaced.