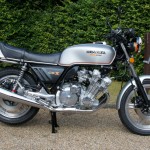 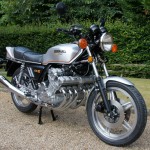 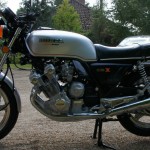 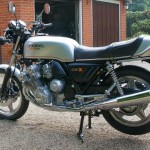 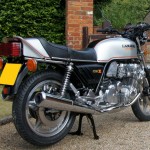 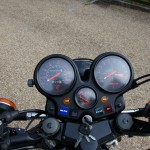 This stunning Honda was fully restored by its owner.

The paintwork was professionally finished in the correct silver.

The rolling chassis was painted in gloss / satin black as per the original.

The original comstar wheels were refurbished.

New wheel bearings (including the rear sprocket carrier) were fitted.

The brake calipers and master cylinders were rebuilt with new seals.

The fasteners and brackets were zinc plated throughout.

The carburettors were totally rebuilt.

The primary and cam chains were replaced.

The crank cases, cylinders and head were vapour blasted.

The valves were lapped and adjusted.

The alternator was rebuilt with new bearings, seals and brushes.

The handlebar switches were refurbished.