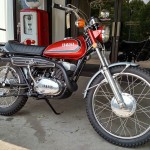 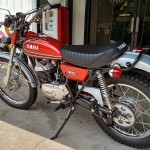 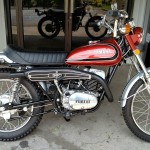 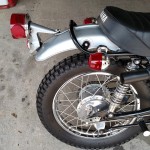 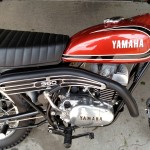 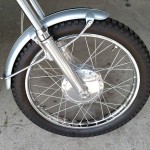 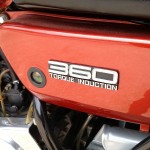 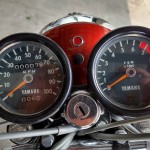 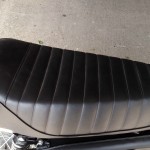 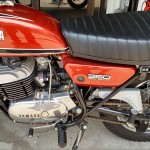 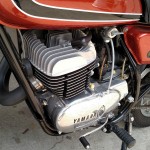 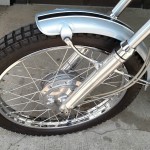 This Yamaha was restored in the USA.

The bike was completely disassembled and very
meticulously reassembled without anything being untouched.

The fenders were powder coated and a new old stock decal stripe was applied.

A new old stock speedometer and tacho was fitted.

The forks were rebuilt with new tubes.

The exhaust was reconditioned.