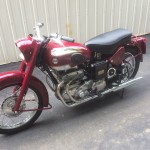 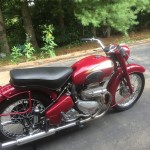 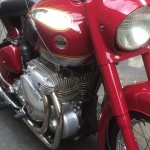 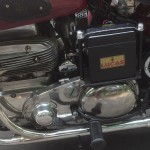 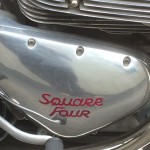 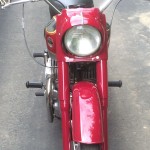 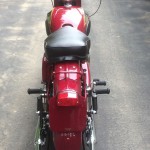 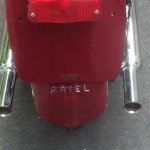 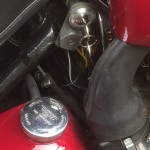 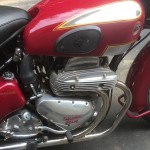 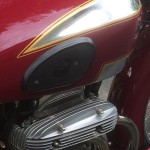 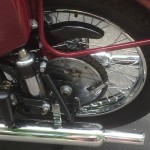 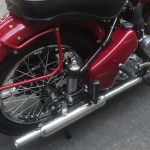 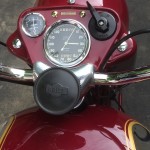 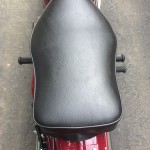 This motorcycle was fully restored by its owner.

The engine was rebuilt with new gaskets, seals and piston rings.

A new English made wiring harness was fitted.

The generator was rebuilt.

The regulator was refurbished.

New switches and a new ammeter was used.

The chronometric speedometer was rebuilt.

All parts were re-chromed except the clutch cover.

Many of the fasteners were replaced with stainless steel items.