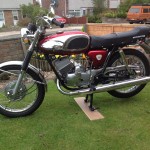 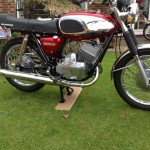 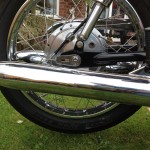 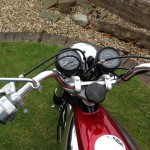 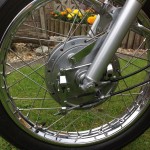 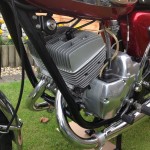 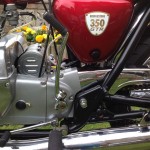 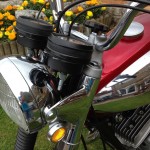 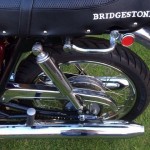 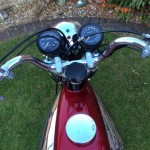 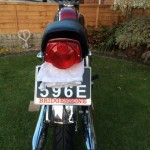 This Bridgestone was imported from the USA and restored by its owner in the UK.

The engine was rebuilt with new seals.

The gearbox was rebuilt with new seals and bearings.

A brand new clutch was fitted.

The original DID rims were re-chromed.

The frame was fitted with new head bearings and swinging arm bushes.

All of the rubber parts were replaced.

All of the chrome parts were re-plated.

The forks were rebuilt with new seals and gaiters.

All new cables were used throughout.

The oil and petrol tank caps were replaced.

The paintwork was refinished in the original Candy Red.

The hubs and cases were polished.

A rare Bridgestone Motorcycle restored to a high standard.