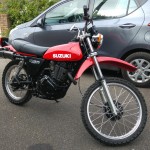 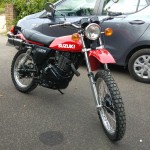 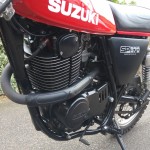 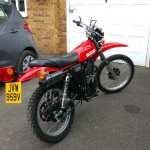 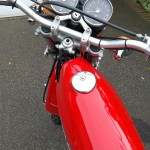 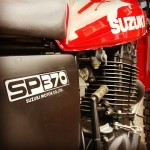 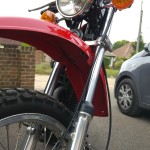 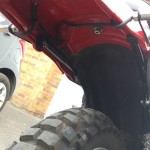 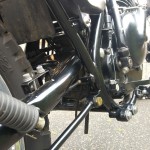 This SP370 was fully restored by its owner.

The bike was taken down to bare frame.

The frame and swing arm were blasted and powder coated.

The engine was rebuilt with genuine Suzuki gaskets

All of the chassis bearings and wheel bearings were replaced.

The fork stanchions were re-chromed and rebuilt with new seals.

The carburettor was rebuilt with new gaskets and rubbers.

The fuel tank was re-sprayed.

The metal and plastic fenders were re-sprayed.

All new fasteners were used throughout.

The engine cases were blasted, sprayed and machined.