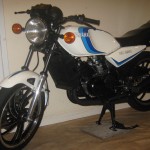 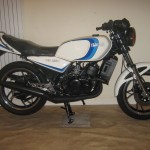 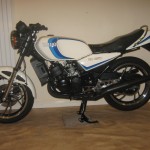 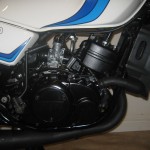 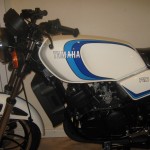 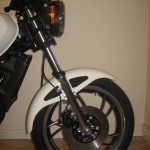 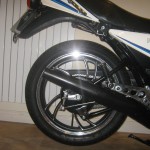 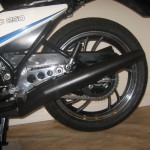 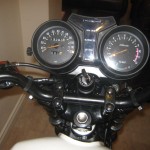 This Yamaha was fully restored by its owner.

Every part was either replaced, refinished or refurbished.

Other various parts were re-plated in zinc silver gold and dark green olive.

The engine was stripped and the crank was inspected and rebuilt.

The cylinders were re-bored to 1.0mm oversize and fitted with new pistons.

A new clutch was fitted.

The carburettors, forks and footrest hangers were vapour blasted.

The forks were rebuilt with new seals and oil.

The carburettors were rebuilt new needle valves and seats.

The bodywork was professionally painted.

The front brake caliper was refurbished with a new piston and seals.

The grab rail was re-chromed.

The switchgear was refurbished.