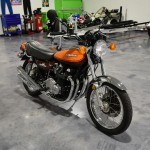 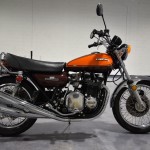 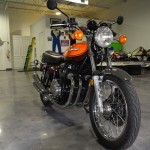 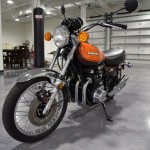 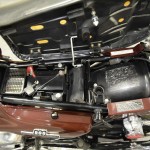 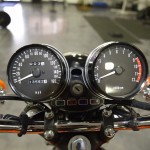 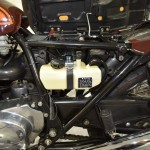 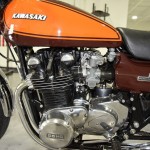 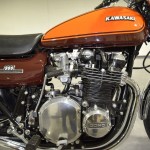 The gas tank, side covers and tail section were professionally sprayed.

The original tank badges and side cover emblems were re-fitted

The front fender was re-chromed.

The original 28mm carburettors were rebuilt.

The original front forks were rebuilt.

A new reproduction Doremi Collection 4-into-4 exhaust set was fitted.

The frame, swing arm, battery box and all other black parts were powder-coated glossy black.

Chrome, stainless or zinc-plated nuts and bolts were used throughout.