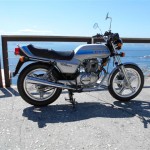 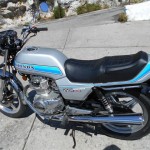 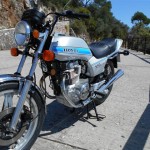 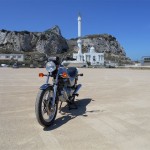 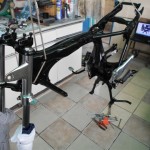 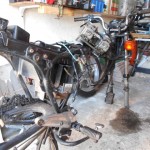 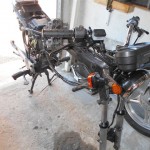 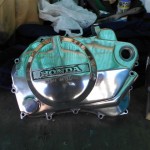 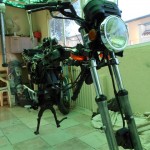 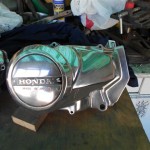 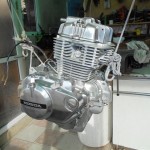 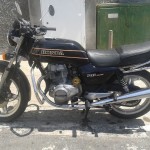 “I purchased this bike last year here in Gibraltar, which was brought over from the UK two years before by its former owner. The bike was in its original colour, black, but not in good condition and needed a full restoration, which I started last year.

The restoration lasted for six months, my aim was to restore it back to factory spec, or as close as possible in silver as this was the colour of my first super dream I had back in 1981 from a local dealer in Gibraltar, Bassadone Motors.

Back then I was 16 years old, and at that time wages were not that good and it was ether a bike or a car, so regrettably I had to sell it to get myself a car. It was time for girlfriends in those days. As time passed I regretted selling it and since then I always have. But as luck has it, and 36 years later, I found this one, didn’t think twice and went and bought it the same day for £1000.

As soon as I took it home I started the complete dismantling project, and saw what really needed to be done, which was a lot if I wanted the end result I was looking for. And so I begun to list all the jobs:

The bike frame and all brackets were rusty and needed sand-blasting and powder coating which was done professionally.

The engine and carburettors needed a good clean inside and outside new gaskets new rubber seals. And lots of hours polishing to high standards.

I had to get lots of new parts, thanks to the web this days it’s not hard finding them, lots came from David Silver UK others came from the US and other even from as far as Australia.

– The paint work was professionally done with new graphics.

– And lots of new small parts which would be a lot to list.

I can say I enjoyed this project very much and I am very happy with the outcome, especially when people ask me if I had the bike boxed seen 1981 as it looks as if it has just come out from the shop. Dreams really do come true, because mine did, I found my old superdream form my teen days! This time round I will not sell it, girlfriend or no girlfriend, anyway, I am 52 now and don’t want girlfriends anymore.”

A great restoration on this classic Honda – Nice one Adrian.