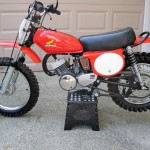 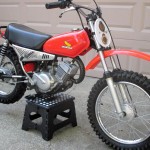 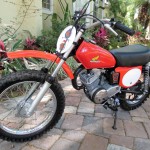 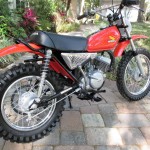 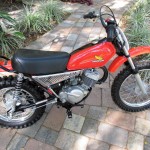 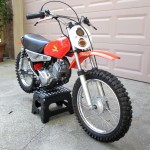 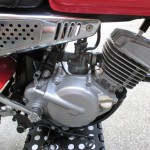 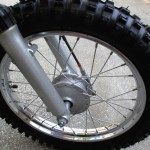 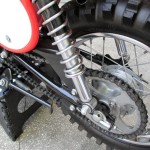 This show winning Honda was restored by its owner.

The handlebars were professionally re-plated.

The engine was fitted with a new piston.

The cylinder head was milled.

The engine was painted in the correct shade of Honda silver.

The frame, swing arm and all of the brackets were sand blasted and professionally painted black.

The fenders were replaced with new old stock units.

The fuel tank and fenders were painted in two stage paint and clear coated.

The correct decals were applied.

A first class restoration of this little Honda MR50 Motorcycle.