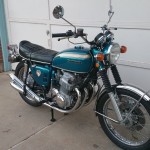 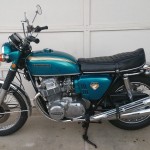 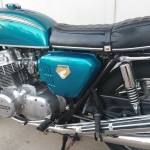 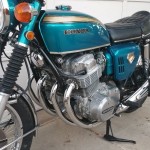 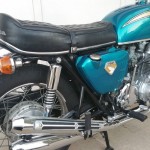 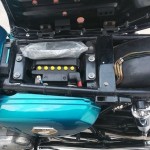 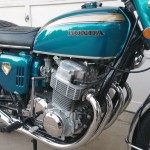 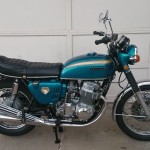 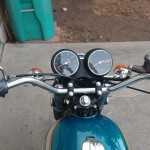 This early “Sandcast” Honda CB750 was restored by its owner.

The engine was rebuilt with a valve job, new pistons and rings.

The chassis was completely serviced and rebuilt with new swing arm bushings and new wheel bearings.

The airbox and side covers were replaced.

The right hand switch was replaced with a new old stock Honda item.

All of the perishable parts were replaced with new old stock Honda items.

The instrument faces were replaced.