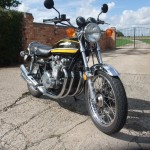 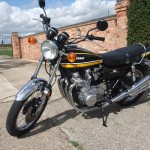 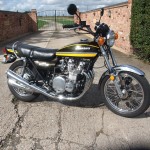 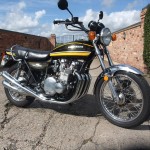 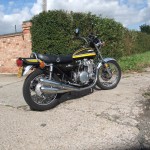 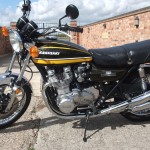 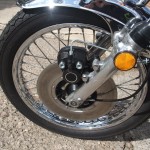 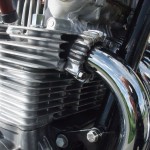 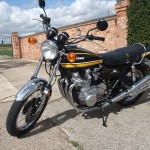 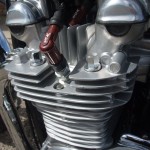 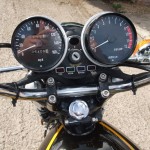 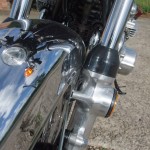 This stunning Z1A was restored over many years by its owner.

The paintwork was professionally finished,

A new cam chain was fitted.

The valves and valve springs were replaced.

The valve guide seals were replaced.

All new gaskets were used.

A new set of original exhausts were sourced and fitted.

A manual cam chain tensioner was fitted to replace the original weak Kawasaki one.

The wheels were rebuilt with new chrome rims and stainless steel spokes.

The swinging arm bushes were replaced.

The clocks and switchgear were refurbished.

The carburettors were cleaned and balanced.