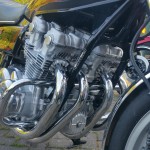 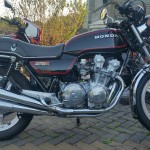 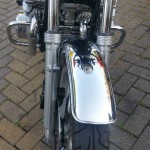 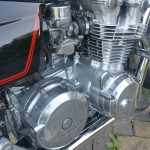 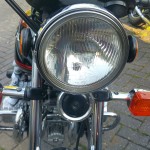 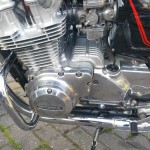 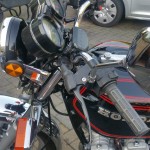 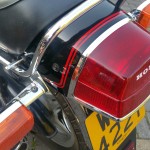 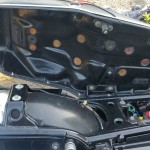 This Honda was the result of an 18 month project and was rebuilt from the ground up by its owner.

Everything was replaced with new old stock or refurbished,

The frame was stripped to bare metal, primed and painted.

A rare set of original Honda exhausts were sourced and fitted.

The paintwork was professionally finished.

The brakes were completely refurbished including the pistons,seals, pads and shoes.

The forks were stripped and painted.

New stanchions were installed together with new oil seals.

The regulator and starter solenoid were replaced.