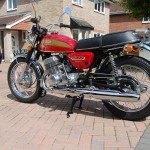 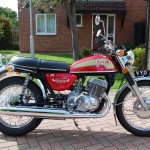 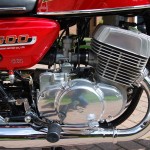 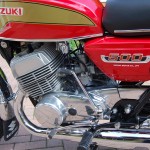 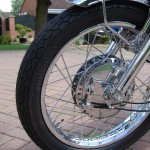 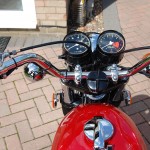 This stunning Suzuki T500 was restored by its owner.

The crankshaft was professionally reconditioned.

The engine cases were vapour blasted.

The carburettors were ultrasonically cleaned and rebuilt with new jets.

The choke linkage was re-plated.

Genuine replacement wheels were sourced from Suzuki in Japan.

The fuel tank and covers were repainted.

The brake hubs were polished.