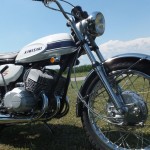 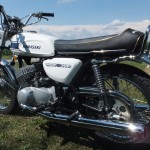 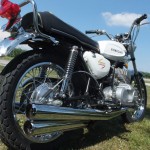 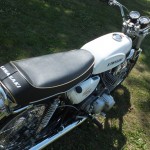 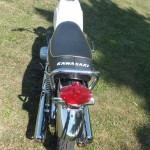 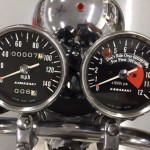 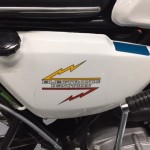 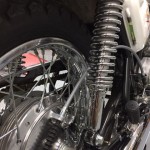 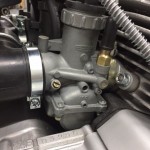 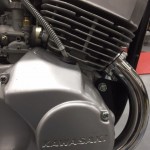 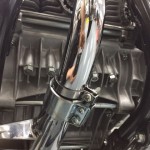 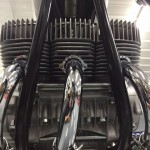 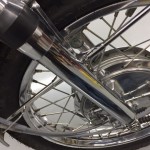 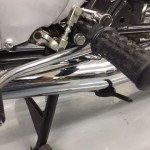 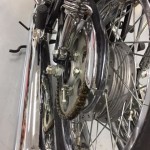 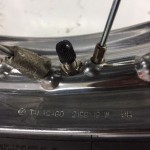 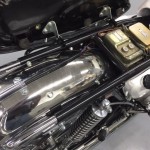 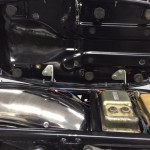 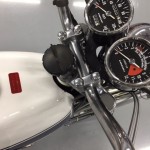 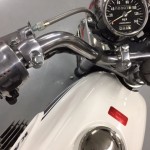 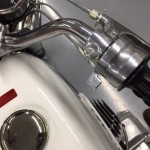 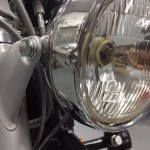 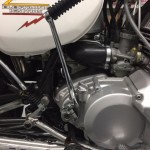 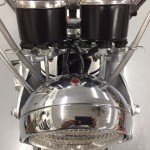 It was completely disassembled down to the frame and cases and re-assembled after the parts were re-chromed, re-plated, powder coated or restored.

The engine was rebuilt with a new old stock crankshaft.

The cylinders were re-bored and fitted with new pistons.

The original speedometer and tachometer were rebuilt.

The original wire harness was refurbished with new connectors and sheathing.

The seat was fitted with a new cover.

The forks were rebuilt with new tubes and seals.

The rear shock absorbers were re-chromed.