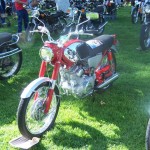 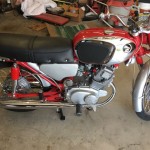 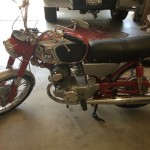 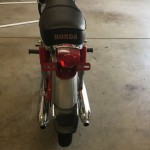 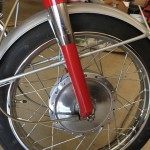 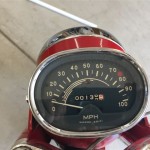 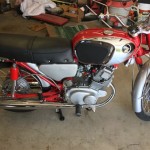 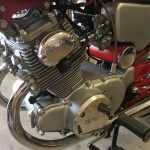 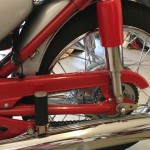 This lovely little Honda was completely restored by Phil Oster.

The engine was completely disassembled and bored to step 3.

The cylinder and head were media blasted.

The head received a valve job.

All seals, gaskets and fasteners were replaced with “NOS” parts.

The muffler, carburettors and front fender were replaced with new old stock items.

The seat has was stripped and rebuilt.

Another stunning restoration from Phil in the USA.