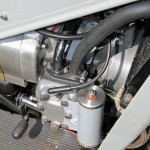 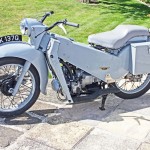 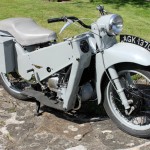 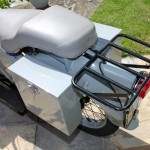 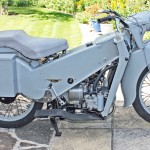 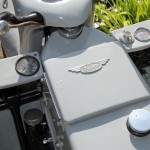 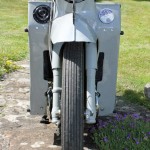 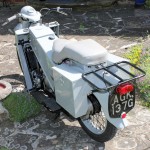 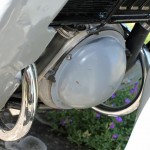 The Velocette LE was a motorcycle made by Velocette from 1948 to 1970. The designation LE stood for “little engine”.
Used by over fifty British Police forces, the police riders became known as Noddies because they were required to nod to senior officers, and the LE was nicknamed the Noddy Bike

Purchased in 2010 the owner spent two years re building and restoring this 1969 LE Velocette.

The engine had a re-bore, skimmed cylinder heads

Claimed to be an ex Metropolitan Police Royal Escort Duty bike, its great to see it back together and looking so good.

Workshop Manual for your LE Velocette – 1969?