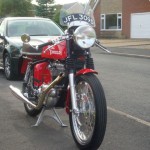 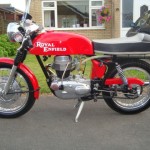 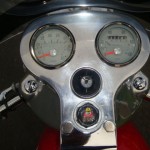 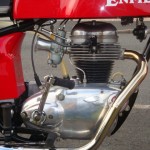 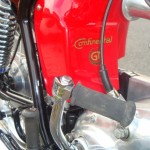 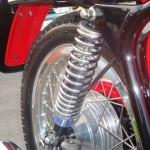 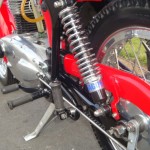 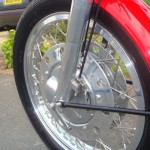 It has been fully rebuilt its had a rebore with new piston and rings and the crank has been reground with new bearings. The engine was built with a fresh 5 speed cluster.
The engine was also fitted with a brand new Amal concentric carb.

All of the paintwork was carried out the restorer in two pack paint throughout.
The tank was lined with a ethanol proof liner.

It has had a new wiring loom and a 12 volt regulator rectifier.
Also fitted with a new Boyer Bransdon electronic ignition system.

It has had new Akront Morad alloy rims with new stainless steel spokes built onto the original polished hubs. This was carried out by a professional wheel builder. It has new front springs fitted in the original fork legs and brand new Hagon rear shocks. Also brand new tyres and tubes.

Taking three years to restore this bike is a fine example finished to a very high standard.

Spares and Parts for your Royal Enfield Continental GT – 1966?