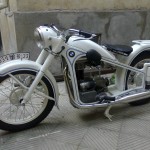 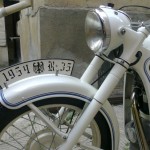 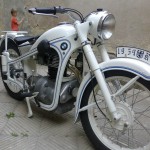 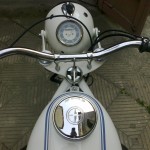 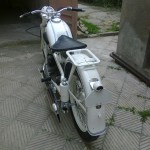 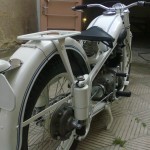 The 350 cc single cylinder R35’s were produced after the war in the Eisenach factory in East Germany using BMW parts and following a legal case in 1950 they were then manufactured under the EMW (Eisenacher Motoren Worke) brand and they bore a distinctive red and white roundel.

This Motorcycle had a full restoration in 2012.

An unusual and rare BMW/EMW R35.

If you're looking for the perfect BMW R35 – 1954 for sale then take a look at the hundreds of restored classic motorcycles listed on our extensive Motorcycles For Sale pages. We regularly feature very nice restored BMW R35 – 1954 bikes for sale.