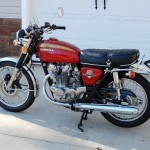 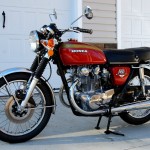 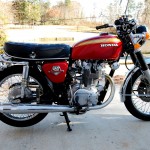 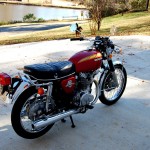 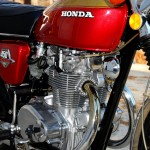 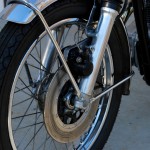 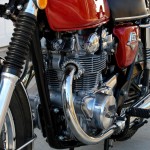 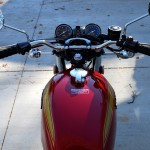 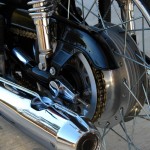 This Honda CB450 motorcycle was restored over a two year period after being laid up for over twenty years.

The frame was sand blasted and painted.

Every part of this bike was checked with the exception of the transmission which was in working order.

The colour was changed as to Red.

The gauges were refurbished.

The engine was dismantled.

The piston rings were replaced with original Honda items.

All four valves, guides and seals were replaced.

The chrome items were replaced.

The wiring was checked and refitted after the frame was painted.