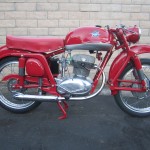 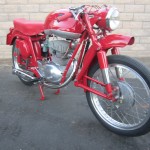 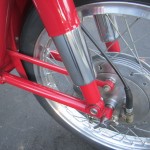 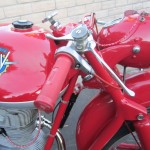 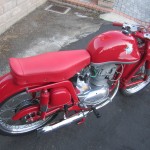 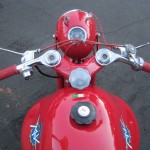 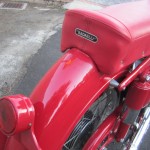 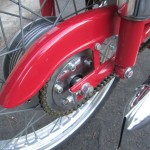 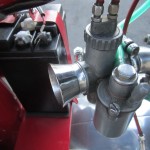 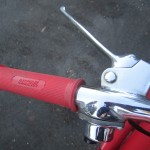 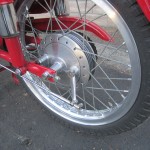 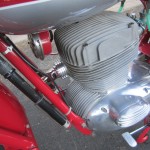 The company began as an offshoot of the Agusta aviation company formed by Count Giovanni Agusta in 1923. The Count died in 1927, leaving the company in the hands of his wife and sons, Domenico, Vincenzo, Mario and Corrado. Count Vincenzo Agusta together with his brother Domenico formed MV Agusta at the end of the Second World War as a means to save the jobs of employees of the Agusta firm and also to fill the post-war need for cheap, efficient transportation. The acronym MV stands for Meccanica (mechanics) Verghera, the hamlet where the first MVs were made.

The company manufactured small-displacement, Café racer style motorcycles (mostly 125 to 150 cc) through the 1950s and 1960s. In the 1960s small motorcycle sales declined, and MV started producing larger displacement cycles in more limited quantities. A 250 cc, and later a 350 cc twin were produced, and a 600 cc four-cylinder evolved into a 750 cc.

Here is a professionally restored MV Agusta CS175, rebuilt from the frame up it has many new and restored parts.

This bike has won many awards and is certainly a great looking classic.