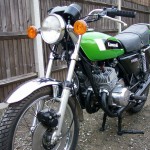 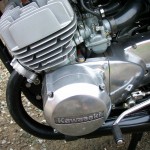 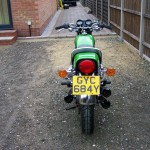 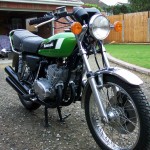 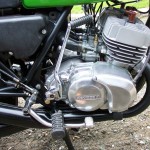 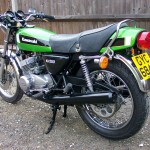 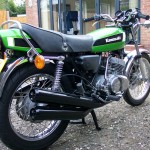 This motorcycle was stripped over 10 years ago and left in boxes until it was rescued and restored.

The Engine was stripped all cases were Aqua blasted and the side cases polished. The barrels were honed and fitted with genuine Kawasaki piston rings.
The small ends were replaced as were the main bearing. The crankshaft was checked and found to be perfect as it was stored in oil.

The frame swinging arm and stands were powder coated.

The forks were stripped and fitted with new seals, the legs were polished.

The exhaust were finished in Satin Black to complete this restoration.