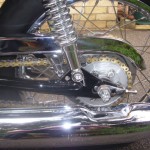 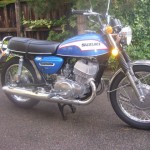 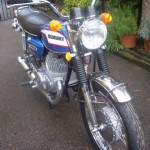 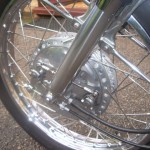 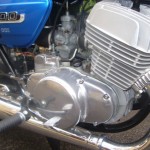 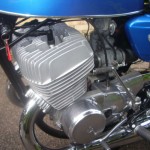 The clutch operating mechanism was tuned to give a light action.

The carburettors were fully stripped and re-assembled with standard Suzuki settings.

All of the gaskets, cables and rubbers were renewed.

The following items were re-chromed to a show standard:

All of the alloy parts were polished.

The wiring loom was repaired as needed.

A new ignition switch was installed.

New side stand and centre stand springs were fitted.

The seat was professionally recovered.

The forks were rebuilt with new seals and O rings.

The Handlebar controls were refurbished.

The wheels were rebuilt on re-chromed original rims with stainless steel spokes.