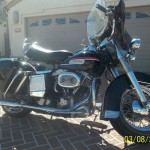 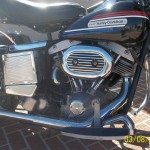 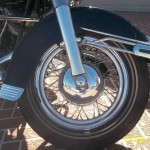 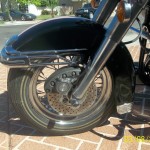 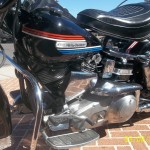 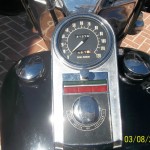 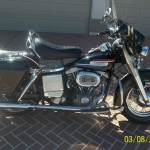 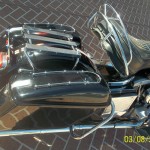 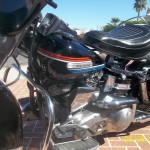 This Harley-Davisdon was restored after being unused for 10 years.

A frame up restoration was completed including;

Powdercoating of the frame and the swingarm.

The top end was rebuilt with new .010″ over pistons.

The heads were reworked and a new cam and lifters were installed.

All of the bearings were serviced, (swing arm, steering head, wheel bearings) and all new seals.

The original Bendix carburettor was rebuilt.

The clutch, primary chain, and transmission were inspected, cleaned and re-installed.

The mufflers were replaced with brand new reproductions.

All of the hardware was glass bead media blasted.

All of the aluminum parts were cleaned and buffed.