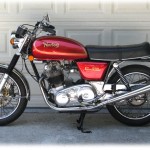 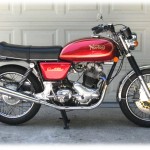 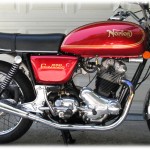 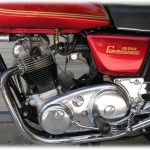 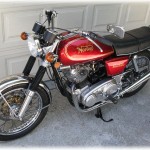 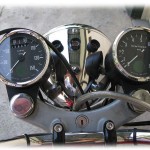 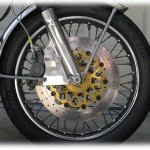 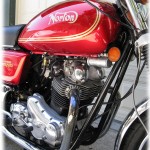 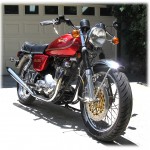 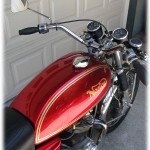 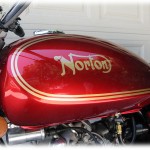 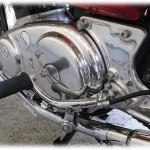 This Norton was stripped down to the bare frame and restored, it was fitted with the larger Interstate fuel tank and corresponding side panels.

The tank and side panels were professionally re-sprayed.

A Norvil floating front brake was fitted for increased braking.

The wheels were rebuilt with new rims and stainless spokes.

The frame was taken down to bare metal and powder-coated.

A brand new seat was fitted.

The engine was completely rebuilt with Superblend main bearings and Black Diamond valves.

Braided steel lines were used where the stock plastic parts were known to fail.

A 34mm Mikuni single carburettor conversion was carried out.

The gearbox was rebuilt and it shifts like new.