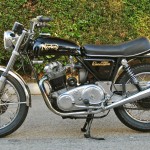 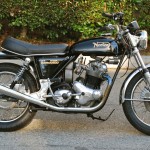 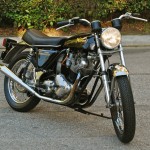 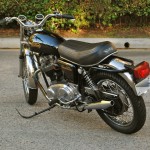 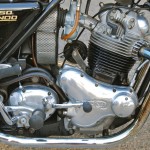 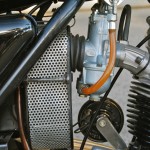 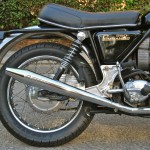 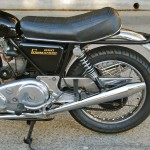 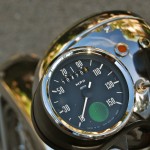 This motorcycle was restored from the frame up.

The engine was rebuilt using new bearings, gaskets and seals.

The gearbox was given a full overhaul.

The fuel tank and side panels were professionally re-sprayed in black.

New suspension units were fitted to the rear of the machine.

The front forks were rebuilt with new seals and oil.

The wiring was replaced as necessary.

The brakes were rebuilt with new pads and shoes.