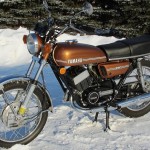 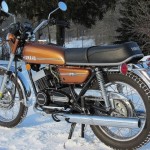 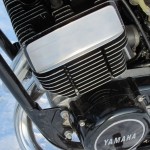 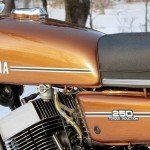 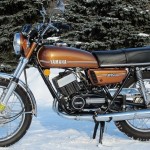 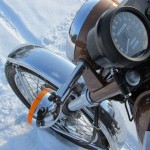 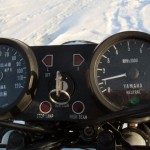 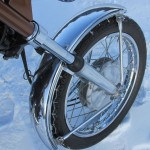 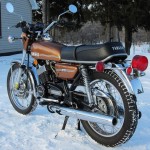 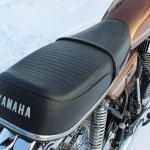 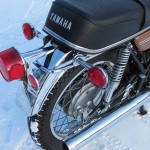 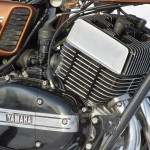 This Yamaha was meticulously restored by its owner.

The original engine was restored from the crankshaft up.

The frame and all parts were stripped to the bare metal.

All parts were then powder-coated.

The carburettors were stripped and overhauled.

All of the electrical items were checked and replaced as needed.

The brakes were examined and overhauled.

New chain and sprockets were fitted.

All new bearings were fitted to the frame.