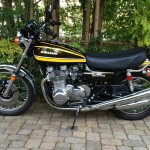 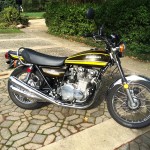 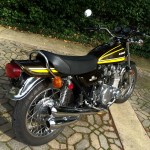 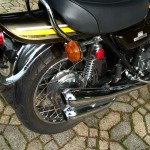 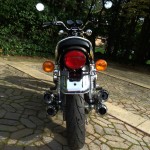 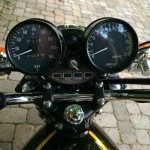 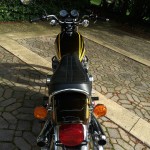 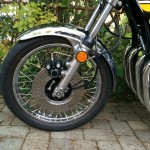 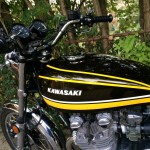 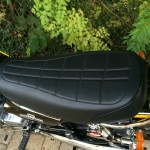 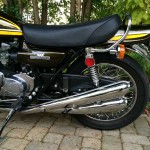 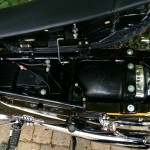 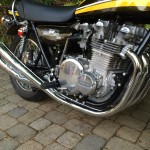 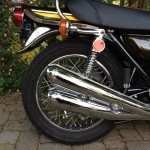 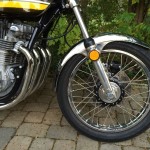 The engine was completely taken apart and the piston rings, gaskets and valve guide seals were replaced.

The bodywork was professionally re-painted 1974 green and yellow.

New reproduction tank badges and side cover emblems were fitted.

The original front and rear fenders were re-chromed.

The original grab rail and handlebars were re-chromed.

Tapered steering bearings were fitted to the frame.

The original Mikuni 28 mm carburettors were immersion cleaned and rebuilt with repair kits.

A new reproduction 4-into-4 exhaust system was installed.