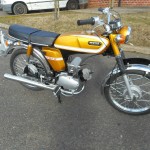 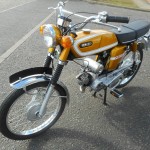 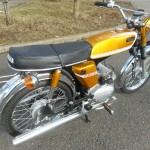 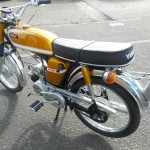 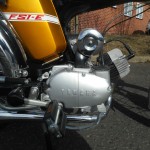 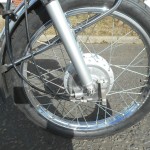 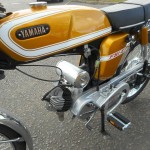 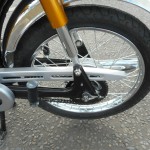 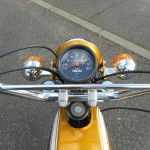 This bike was completely restored with original Yamaha Parts.

The frame was re-painted in black.

All of the bodywork was professionally re-sprayed.

The engine was rebuilt by an expert.

The wheels were rebuilt with chrome rims and new spokes.

A new exhaust was sourced and fitted.

The front forks were rebuilt with new seal and oil.

All new bearings were used.

A new speedo was installed along with new handlebars.

The grips were replaced.

A lovely “Fizzy” restored to a very high standard.