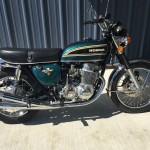 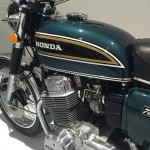 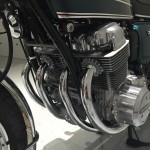 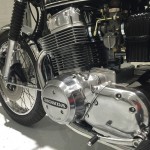 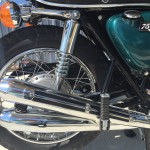 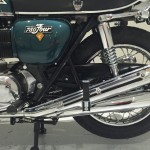 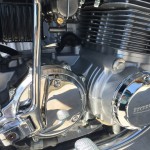 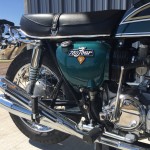 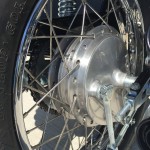 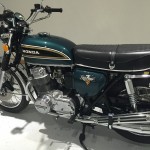 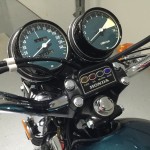 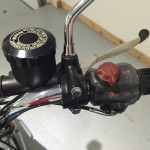 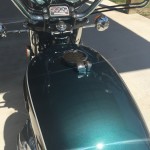 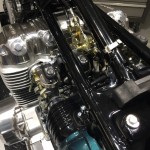 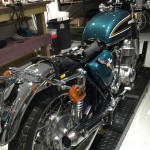 The engine was removed and the top end was rebuilt with new pistons and piston rings.

The valves were re-lapped and the valve stem seals were replaced.

The engine was repainted, all the engine covers were polished and clear coated to prevent future oxidation.

The hardware was zinc coated.

All of the the sheet metal was re-chromed.

The front fork lowers were polished.

The wheels were re-chromed and the spokes were replaced with stainless steel items.

The carburettors were completely taken apart and rebuilt with new seals and jets.