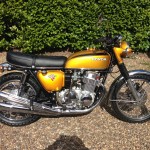 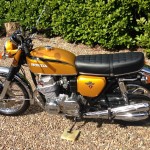 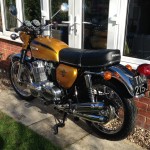 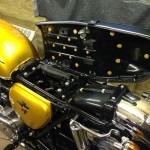 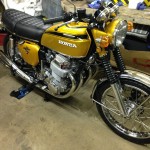 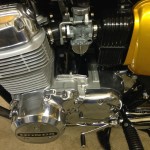 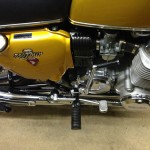 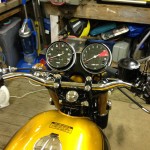 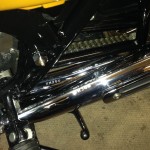 This Honda was completely disassembled.

Every part was checked, refurbished or replaced.

The engine was rebuilt with new parts, bearings, seals and gaskets.

The frame was powder-coated.

The seat was replaced with a new item.

The wiring loom was replaced.

The carburettors were ultra sonically cleaned and rebuilt with new jets.

The outer engine cases were polished.

All of the nuts, bolts and washers were re-plated.