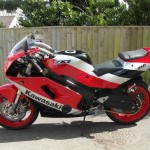 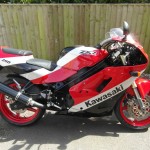 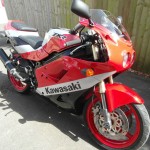 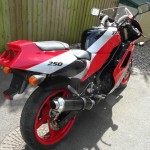 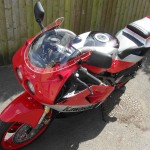 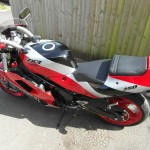 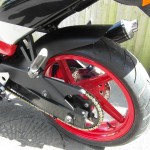 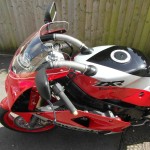 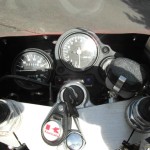 This bike had a full ground up rebuild using stainless steel fasteners.

The frame, sub frame and all other brackets were powder coated.

The forks were rebuilt with new fork seals and oil.

A new front disk was fitted.

The calipers were refurbished and fitted with new pads.

The carburettors were overhauled with new seals, springs and needles.

The spark plugs, caps and leads were replaced.

The rear shock absorber was refurbished.

The suspension linkages were stripped and rebuilt.

All of the original bodywork and the wheels were professionally sprayed and lacquered.

The petrol tank was sealed.

A new filler cap and fuel tap was added.

A new screen was used.