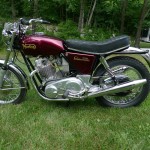 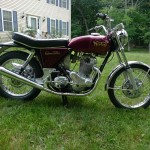 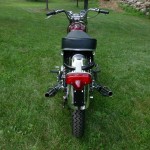 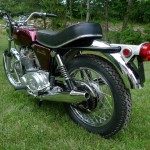 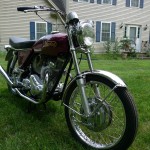 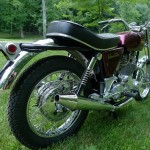 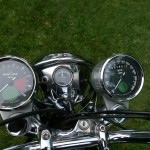 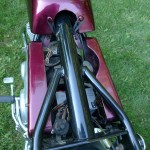 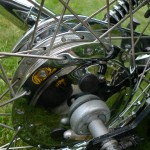 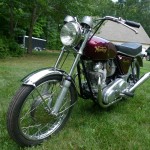 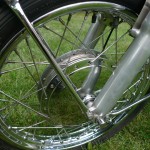 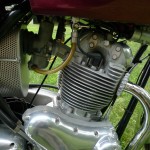 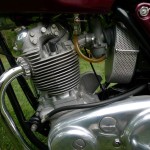 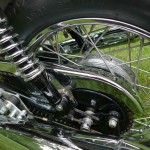 The bike was torn down to the bare frame which was then powder coated along with the swing arm and engine cradle.

The engine was totally rebuilt as was the transmission.

The front and rear original Dunlop rims were re-chromed and laced with Buchanans stainless spokes and nipples.

The hubs were chromed rather than polished.

The exhaust pipes were replaced.

Boyer electronic ignition was installed with a sealed battery.

The carbs were rebuilt.

Most of the original chrome pieces on the bike were re-chromed.

Some parts were chromed that were not originally plated including the triple trees, front brake backing plate and both wheel hubs.

Spares and Parts for your Norton Commando – 1970?

Workshop Manual for your Norton Commando – 1970?