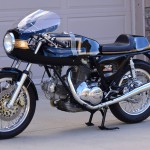 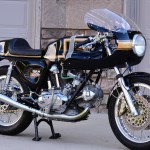 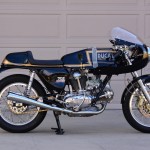 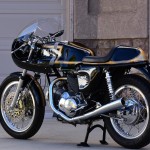 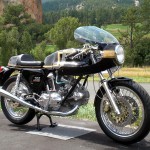 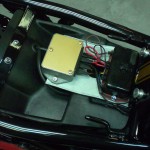 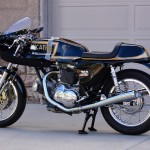 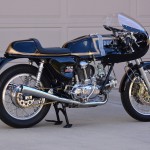 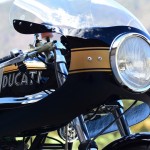 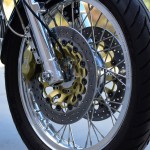 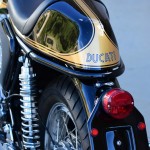 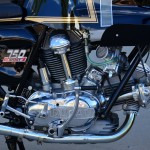 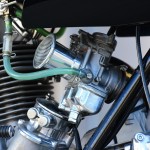 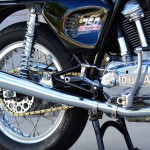 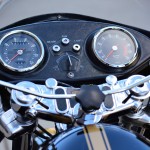 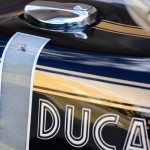 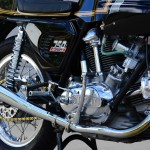 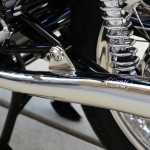 The restoration process of this Ducati took the owner three years and parts were sourced from around the world.

The bike was finished in late 2009 and has been shown locally and nationally to great acclaim.

In the restoration process the owner decided to build what he would have loved to see from the factory, he used cues from many of the early Ducati iconic models – the Z-stripe from the Sport, black and gold colours from the 900SS, Curved Contis from the first 750 prototype.

All of the bodywork was made from moulds taken directly from a 1975 Super Sport.

The fibreglass tank was made with an ethanol proof coating.

Great pains were taken to use correct parts like the correct rear-sets bolted to the proper frame welded bungs and the very rare and expensive curved kick-start lever.

The engine was professionally rebuilt.

The heads and valve train was rebuilt with new parts and a new set of sport pistons.

The front brake was replaced with a German made adapter hub.

The floating rotors, calipers, and master cylinder were replaced with new items for a Ducati 996.