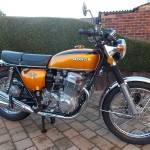 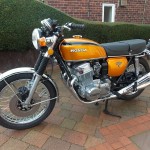 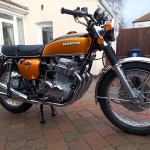 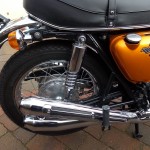 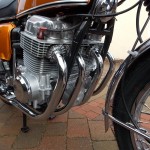 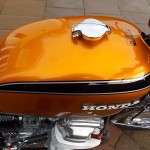 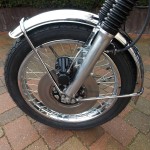 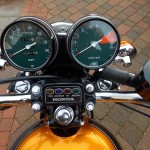 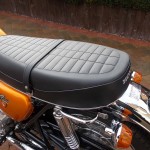 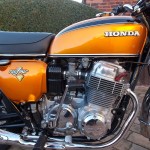 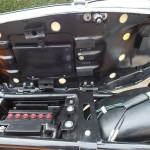 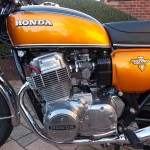 This lovely Honda was comprehensively restored by its owner.

It was fully restored to a very high standard using NOS parts or the original refurbished parts.

The engine had a complete rebuild using genuine Honda parts.

The big end and main bearings were replaced.

The primary chain and tensioner was replaced.

The cam chain and tensioner was replaced.

The cylinder head was overhauled.

A new exhaust system was sourced and fitted.

The frame and parts were powder coated.

The wheels were rebuilt with DID rims and new spokes.

The original rear shock absorbers were rebuilt and re-chromed.

The carburettors were ultrasonically cleaned and rebuilt with new rebuild kits.

The speedo and tacho were restored with new gauge glasses and covers.