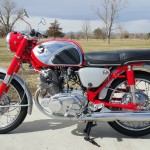 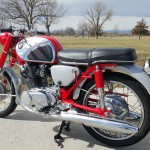 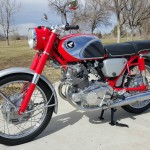 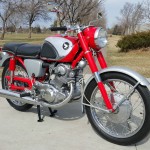 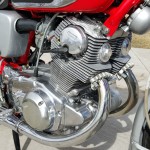 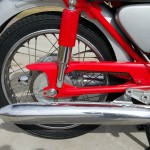 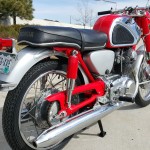 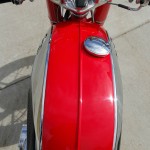 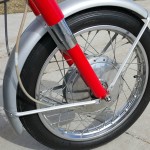 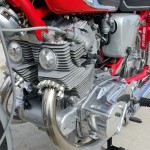 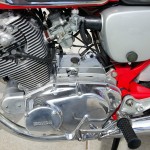 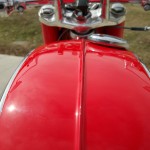 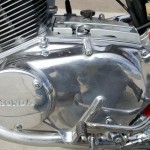 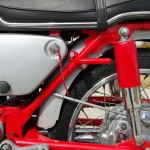 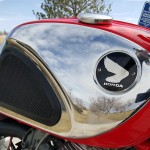 This Honda was fully restored by its owner in the USA.

The bike was taken down to bare metal by sandblasting then painted and sealed.

The red and silver were matched to NOS parts.

The engine was fitted with new Wiseco forged pistons and rings.

The cylinders were professionally bored to 1mm oversize.

The cylinders were cross hatch honed with a fine pattern.

The intake and exhaust valves were ground.

Every engine piece was disassembled, ultrasonically cleaned and checked.

Brand new o-rings and seals were used throughout.

The charging stator was re-worked and the windings re-sealed in fibreglass cloth with resin.

All of the outside cases were polished to a mirror shine.

The starter was disassembled and cleaned.

The carburettors were completely disassembled and cleaned.

The wheels hubs were polished.