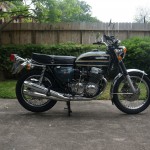 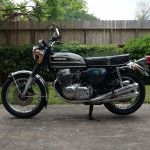 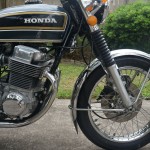 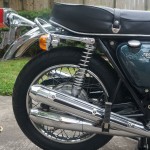 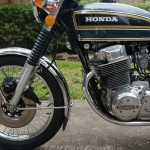 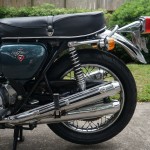 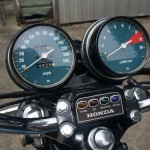 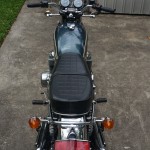 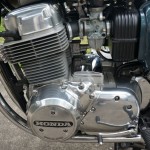 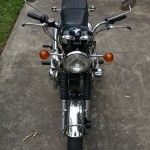 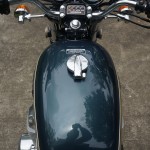 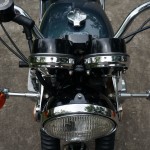 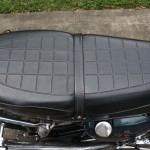 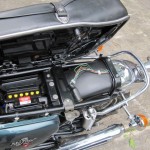 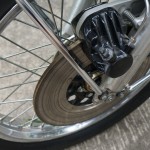 This Honda CB750 was restored by its owner in the USA.

The bike was stripped down to the frame and re-assembled.

During the restoration every black part on the bike was powder coated.

All of the rubber pieces were replaced with OEM parts.

New side cover emblems were fitted.

The rear fender, tail light and grab bar were re-chromed.

The front master cylinder and caliper were rebuilt with OEM Honda parts.

The forks were rebuilt with new fork tubes and seals.

A new seat cover was fitted to the powder coated base.