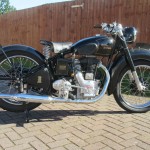 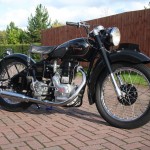 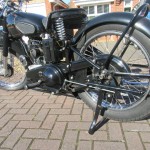 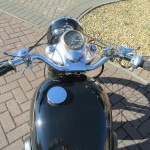 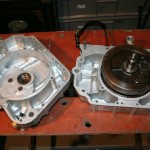 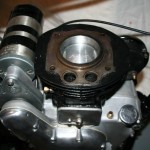 This Motorcycle was restored by its owner.

The frame was stripped, shot blasted and then primed and painted in two pack black.

The cases were vapour blasted and all of the parts were checked and replaced where required using only genuine RE British made old stock parts.

The big end was in good state so it was not replaced.

A new piston was fitted.

The cylinder was re-bored.

The head was fitted with new valves and guides.

The gearbox was stripped and rebuilt with new bushes, new bearings and oil seals.

The magneto was professionally rebuilt with new bearings.

The wheels were rebuilt using British rims and stainless spokes.

Many parts were chromed.

The fuel tank was cleaned and painted.

The RE name was hand painted by a sign writer in antique gold finish before a lacquer coat.

The dynamo was rebuilt.

Spares and Parts for your Royal Enfield Model G – 1950?