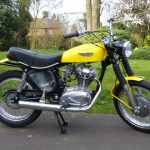 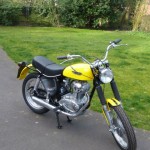 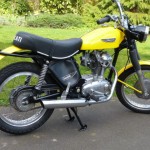 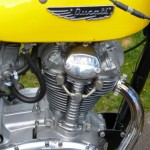 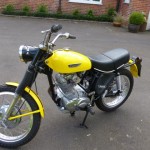 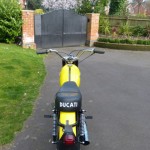 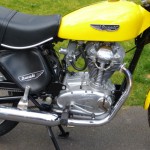 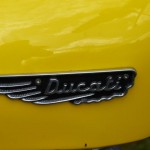 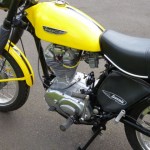 The cases were vapour blasted and the outer cases polished.

New bearings were fitted including the big end.

Fitted with the correct green/white cam.

New valves and guides were installed.

The rolling chassis was re-finished and fitted with a new swinging arm pin and bushes.

The forks were rebuilt with new stanchions and seals.

The wheel hubs were vapour blasted and polished.

The wheels were rebuilt with stainless spokes onto the original flanged alloy rims.

Stainless fixings were used throughout.

The bike was rewired with a 12 volt electronic regulator.

A great little Ducati restored to a high standard.

Spares and Parts for your Ducati Street Scrambler – 1974?